The schooling career of a Schneeberg-educated fashion design student ends with the Mercedes Fashion Award in Zwickau. The graduates can once again show their bachelor collection, now in front of a somewhat greater audience. That somewhat meaning circa 500 people, which – let`s be honest – is a remarkable step after our well-aquainted and familiar aula.True, we do let parts of our creations be seen on Open House days and sometimes at exhibitions throughout the four years, but here, you have the possibility to gain really big publicity and even let your whole semester`s work be judged by a three-person jury who not only did not follow and supervise the project, but did not know anything about it beforehand. It is, in this respect, like a talent-show. So if they say it`s good, you can believe them, they have the experience to see it at first glance. And as much as I have heard behind the scenes – while dressing the models and checking their outfits, commuting between the changing room and the backstage – they left all the graduates with positive feedback… On the other hand, yeah, it was a show, it would have been really embarrassing if they had to say something negative and pull down the mood, or had to lie about it. But I didn`t get any of those vibes, so in the worst case they exaggerated a little bit, which is still the better option. I heard expressions like “world standard“ and “I would buy it at once.“ They emphasized the talent they have recognized in all of the creators and the chance that is awaiting them in the future.

By the way, here are some backstage photos: 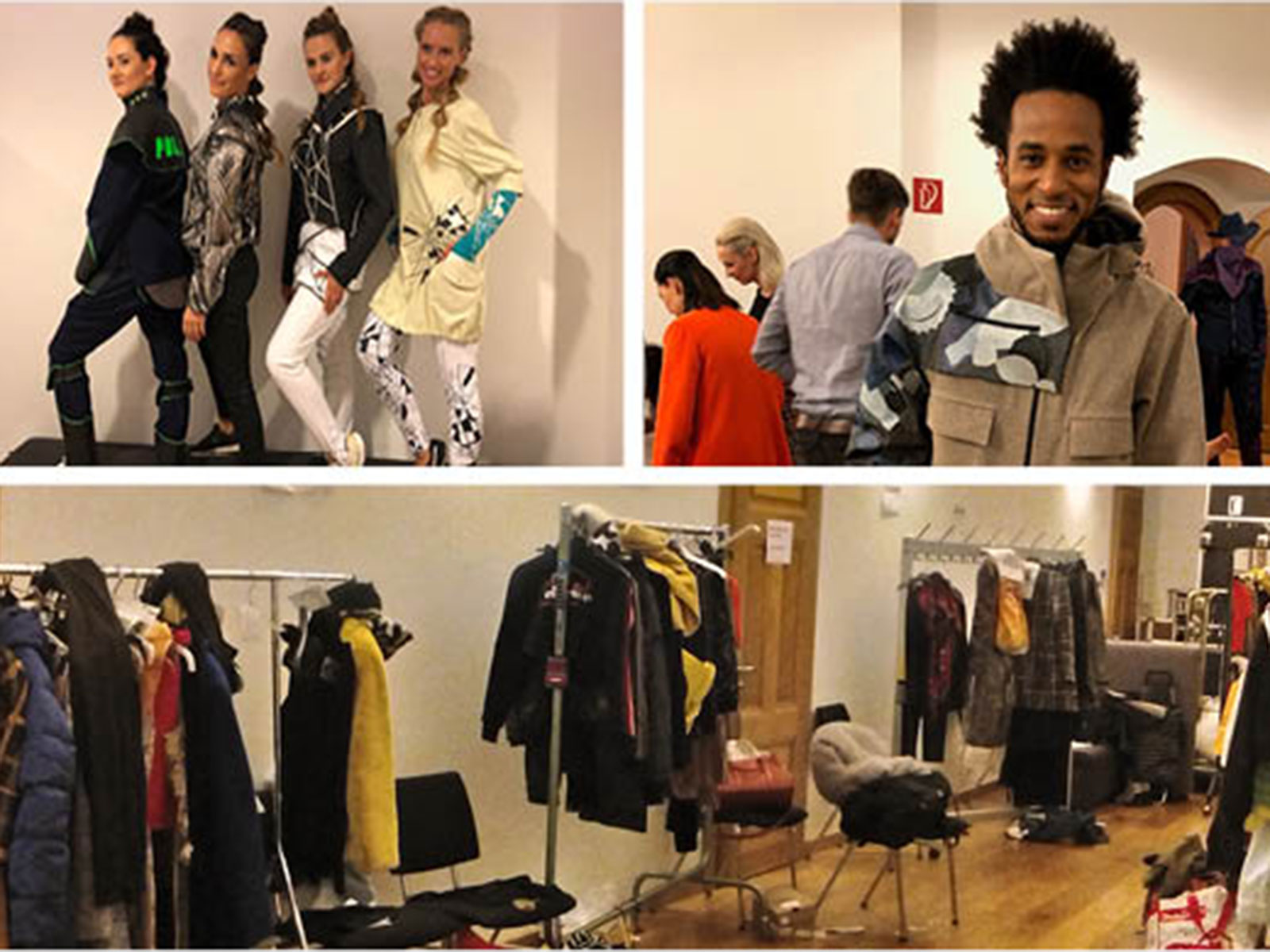 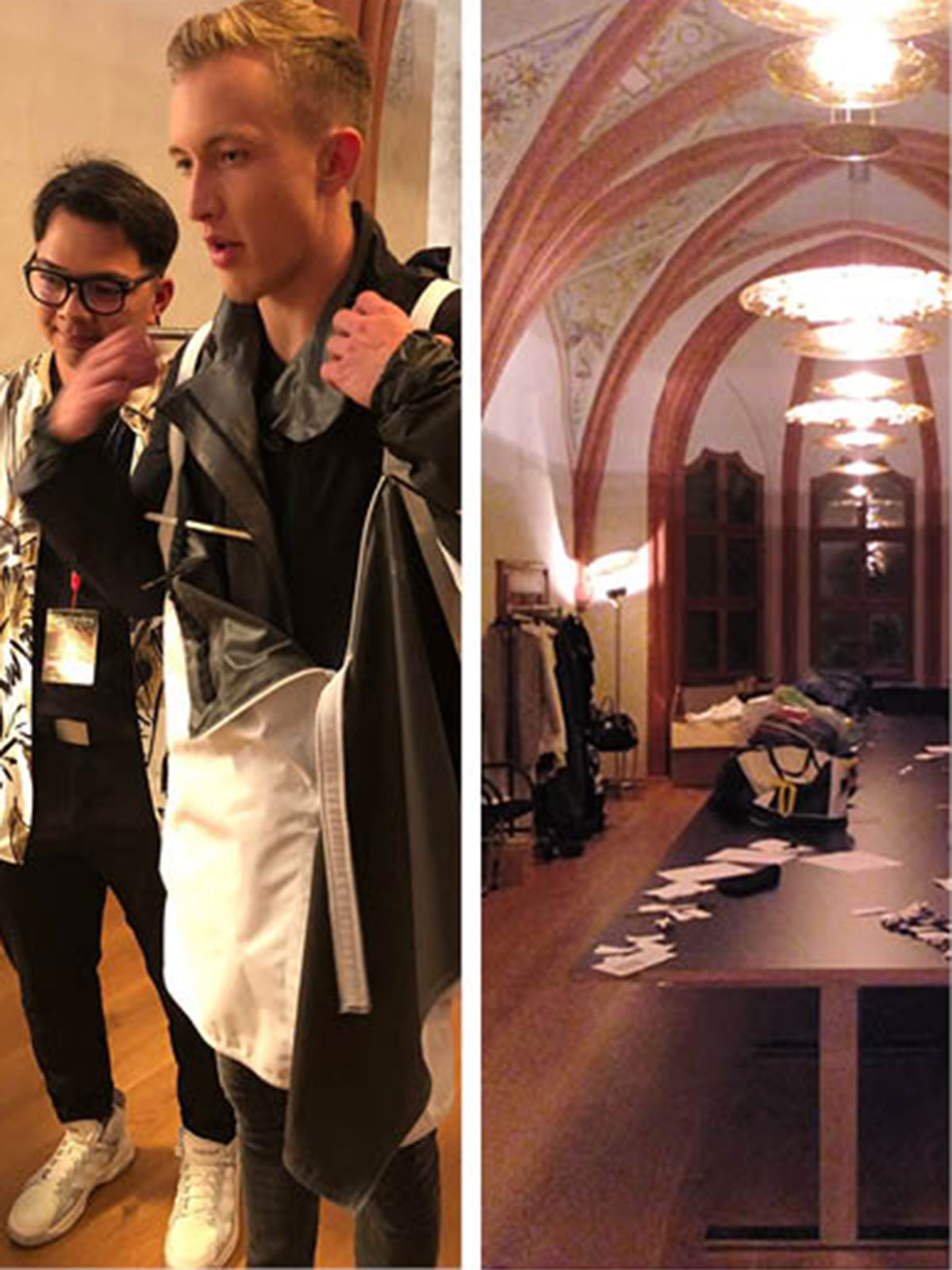 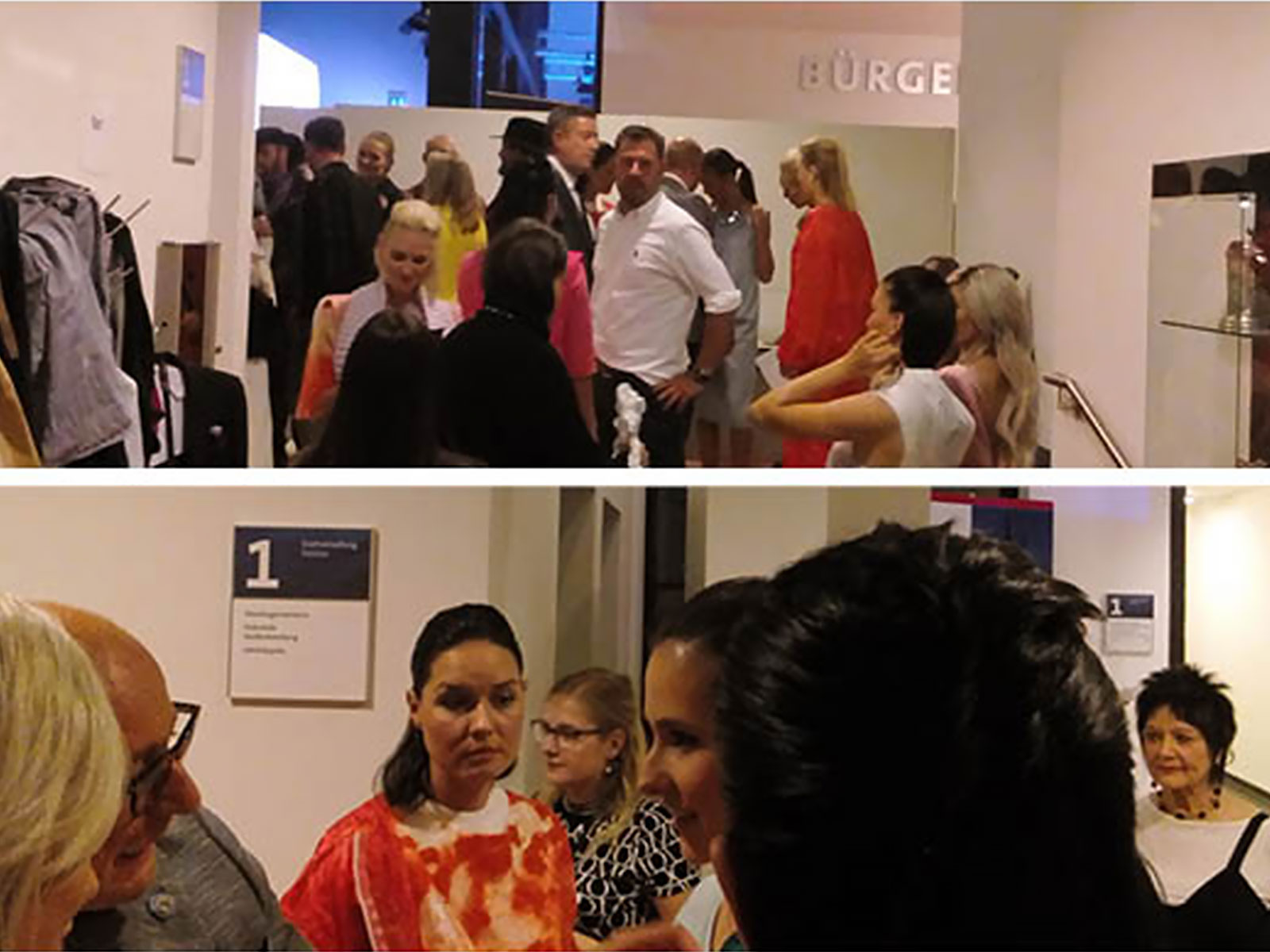 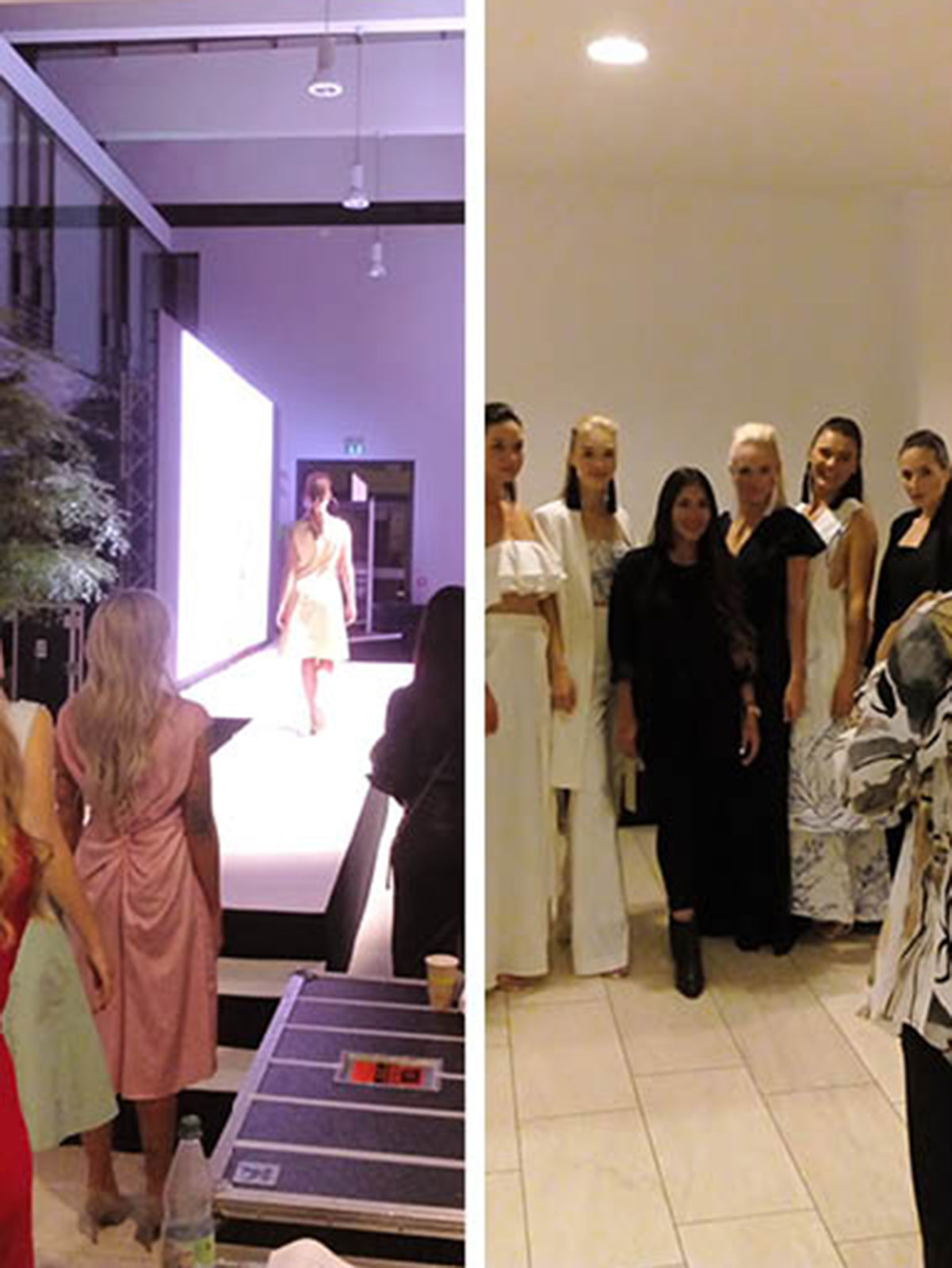 The award adjudging was not the only goal of the day of course. It was part of a greater event, the Zwickau Fashion Night, which included more than 40 other shows set up by local fashion boutiques throughout the day. The participation of the fashion students is seen as the highlight and the organizer of the event, Matthias Krauß said they are usually envied for having AKS graduates in their show.

The organizers decided to set the tone for the evening with a dance show. The 11 dancers wore clothes from the school`s previous years` creations, which was a colourful selection from the functional wear projects.

5 candidates presented their creations on the stage this year: Alina, Clara, Jiri, Christin and Salomé. Each collection was first introduced through a short film. When the models left, the creators came on stage to stand in front of the jury. The graduates listened to their comments, wich must have been very uplifting.

The decision about the best collection was in the hands of the audience who were of course influenced by the jury`s opinion.

Before the name of the winner was announced another fashion show was presented, that of the exclusive menswear designer Doris Hartwich.

The one who collected the most votes was Salomé this year. The awarded could take over a prize of 1.500 euros. She was more than happy, of course and didn`t seem like she regretted having to stand on the stage for so long receiving congratulations and giving interviews one after the other.

For those of you who missed the bachelor exams and the fashion night, here`s a summary about the collections because they are all worthy of note:

Alina Herzau`s Future Fixes collection entertained the idea of emotional design and how it can create balance in fashion. It is all about the role of feelings and the connection between a person and an object. Through her experimental clothes she investigates how much surfaces, materials and colours can calm or stimulate, searches for a creative balance and questions whether emotions can be visualized.

Clara Gaida`s collection is called Legends of Femininity. The designer drew the inspirations from historical times and aspired for a contemporary elegant look. The collection seeks to interconnect vintage with modern through experimental pattern construction, where the knots and straps are applied to visually indicate a connetion between centuries.

Jiri Spata came up with a unisex collection in avatgarde look inspired by topology. Analyzing structures and investigating geometrical strategies helped him find the forms for his designs, which are also adjustable for different sizes. Working with cuts enabled him to achieve new shapes in addition to new surfaces by utilizing their morphing potential. It is Antimonoton.

Christin Fuchs` Silent X Fusion unites functional and classical everyday wear in the field of Slow Fashion. She merges the two styles and uses innovative textile technologies like laser cut, seamless binding and senselast 3D. Sustainability in material choice and design regarding durability and functionality were important aspects for her.

Maria Salomé Buitrago dealt with topics concerning society. Globalization opened up space for communication, migration and cultural exchange and continues to trigger changes. By studying cultures we tend to understand and accept the differences between them and acknowledge the diversity. The creator was inspired by the Pacific Ocean and the Carribean Sea and thus named the collection Tropical Shades – Resort 2020. The collection unites the elegant and classical European style and the Latin-America inspired beach-style. 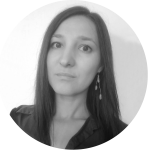